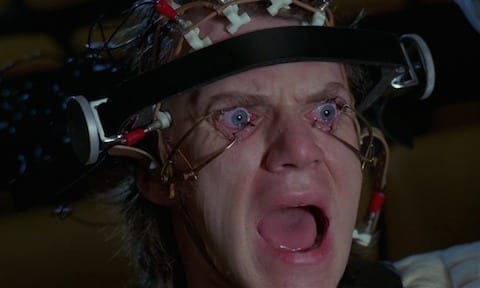 Anti-gay activist Peter LaBarbera is angry at being forced to watch Michael Sam kiss his boyfriend. Because NFL draft viewing sessions are evidently reenactments of scenes from A Clockwork Orange.

Said LaBarbera on Crosstalk (bolding mine):

[The media] basically reported the kiss without giving the other side of people who would voice disapproval of people being forced and subjected to through the media these homosexual acts, the homosexual perversion.

The media didn't provide the "other side" because the "other side" of this discussion is not one whose arguments are deserving of airtime. Like with climate change deniers and flat earth conspiracy theorists, not all opinions are of equal validity and worthy of consideration.

You can listen to the clips from Crosstalk below: