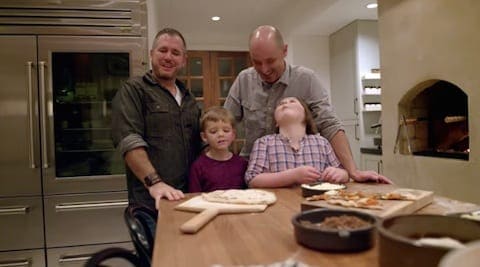 The last 12 months has seen an increase in gay representation in mainstream advertising, according to NPR.

Ads such as a recent spot for Chevrolet which includes both same-sex and single parent families with the voice-over "while what it means to be family hasn't changed, what a family looks like has,” are representative of this shift.

According to Rich Ferraro, vice president of communications at GLAAD, “within the last year we've seen advertising come out of the closet, and now use LGBT families or LGBT individuals in campaigns that reach mainstream audiences.”

Speaking to NPR, Robert Klara, a staff writer for Adweek, said that the increase in advertising aimed at the LGBT community is representative of how competitive the marketplace is now:

"If you're not appealing to every minority community, be that racial or in terms of sexual orientation, you're missing out on market share."

Read NPR's report and watch the Chevrolet ad and a banned 1995 Guinness ad, AFTER THE JUMP…