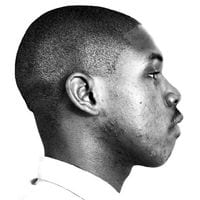 Charles Pulliam-Moore is journalist based in the Washington, D.C. and graduate of The George Washington University, where he majored journalism and LGBT studies. Charles’s radio work has aired on NPR’s Morning Edition, All Things Considered, and WAMU 88.5’s Metro Connection.

A technophile at heart, his writing has been featured in Slate Magazine’s Future Tense blog, and he has penned the occasional Thought Catalogue piece.