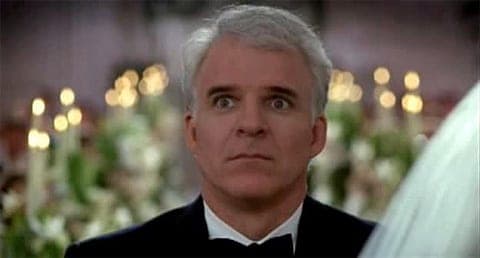 Father of the Bride 3, for which Steve Martin will return if negotiations prove successful, will feature a gay plot, Nikki Finke reports:

The twist in this threequel is that Little Matty is now 29 and gay and getting married to a Navy SEAL’s son.  Father of the bride George is "thunderstruck and speechless" and has problems with the whole gay thing. So wife Nina kicks him out of the house, according to the pitch which Disney loved. Shyer is writing it with Marc Klein, David Hoberman producing again. "It’s a timely idea," my source said. "I told Charles I just hope it goes forward before gay stops trending…"