The characters in the moving, innovative stories of Michael Carroll’s debut collection always find themselves just to the side of the world’s attention. In the beautiful “Referred Pain,” the lonely wife of a famous writer entertains graduate students desperate for his approval. In “Barracuda,” a young woman working at a PR firm meets the pop star who is their biggest client. In all of these stories, Carroll explores, with confidence and humanity, lives torn between awareness of all they have and bitter grasping for what they still want. 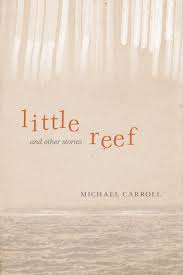 In the first of the book’s two sections (largely set in Florida), New York City represents the success that the characters long for. In “From the Desk of…Hunter B. Gwathmey,” the book’s first story, a young writer wins a high school writing contest and meets the local literati. For all that at first they strike him as glamorous, he soon realizes they aren’t living the kind of life he hopes for. “I hated Jacksonville, but then it occurred to me, in a sickening, sneak-preview-of-real-life type of revelation, that not everybody could live in New York, and that even some smart, talented people ended up having to make do in the provinces.”

It’s a realization that haunts this collection and its various talented, almost successful characters. “Not everyone was going to be successful,” Carroll writes at one point, “and it was cruel to ask them to try to be.”

Much of the pleasure of the book’s first half lies in Carroll’s depiction of the south. “Florida was a nutty business,” Carroll writes, and he excels at capturing the bizarre mix of awkward politeness and hysteria that characterizes so much of the southern manner. These stories offer one of the most convincing representations I’ve seen of southern speech—not by mimicking accent or dialect, but by tracing the shape of southern talk, with its suspensions and redirections, its sudden fits and starts.

The unpredictable drift of southern conversation may lie behind the unconventional shape of many of these stories. In an interview with the writer Andrew Holleran, Carroll speaks about his desire to break free of the traditional structure of the short story, in which rising action leads to climax, resolution, and epiphany or realization. Instead, he allows his stories to find their way in a looser, less predetermined way, allowing for sudden juxtapositions and unexpected turns and constant, vivifying surprise. 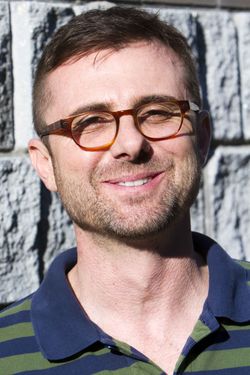 It also allows for the emergence of what may be Carroll’s greatest strength, his ability to inhabit the deep consciousness of his characters. “What was writing except a direct line into someone’s head,” the wife in “Referred Pain” muses, and what makes Carroll’s characters so vivid is the access we’re given to their experience of their own lives.

And so, in “Referred Pain,” when the protagonist has an affair with one of her husband’s students, we experience it with an intimacy beyond mere explicitness: “He dropped his head next to hers and drove the side of his face into the pillow looking the other way. Her hand motions got wider and she felt his thighs relaxing and when he rose up she kissed his chest, too desperately, she thought. You didn’t do anything too desperate, so then she cooled off, tried to make a joke, yet keeping her hands near him.”

This experience of consciousness is nowhere more intense, and nowhere more moving, than in the five linked stories that make up the book’s second half. Each of these stories, which are told in both first and third person, centers on an aspiring writer who is in a long-term partnership, then marriage, with an older, much more successful novelist whose health is in decline.

In everything we learn about their lives, and also in the description Carroll offers of the older writer’s work, we’re invited to imagine that these characters are thinly disguised versions of Carroll and the legendary writer Edmund White, whom Carroll recently married after a relationship of nearly two decades. Like White, the fictional Perry has suffered a series of strokes, and his younger partner, who has spent years preparing manuscripts and keeping house, finds himself increasingly taking on the role of nurse.

“My job was to shop and cook and clean,” says Scott, the younger member of the couple in these stories, “and his was to create.” It’s easy to hear bitterness in the line, and these stories are extraordinarily candid in their depiction of a loving but not easy relationship. “There was no plan for who we were. Night was long for us. We’d go to bed separately. I read, which had become my coping strategy. I could live with him as long as we slept separately.”

And yet what’s clearest in the stories of Scott and Perry, especially in the extraordinary “Admissions,” is their care for one another, and Scott’s terror at the prospect of an unbearable loss. It’s this terror—the awareness of death—that gives these stories their moral force, and that translates the grasping for fame or achievement into a profounder struggle. And it’s love that finally allows Carroll’s characters to escape—only for a time, but no less authentically for that—from their self-made prisons of jadedness and need.

Invoking the southern religious language that haunts these pages (“One day the Bible would have no effect on Scott at all. But not yet”), the protagonist of “Barracuda” casts a bit of hope in the way of her gorgeous, promising, limited friends: “From emotional midgets—too beautiful to live inside their awfully conflicted selves—sometimes came great, kind gestures, and perhaps they, too, would be saved. Despite their sweet bastard selves.”

Garth Greenwell is the author of Mitko, which won the 2010 Miami University Press Novella Prize and was a finalist for both the Edmund White Debut Fiction Award and a Lambda Award. His new novel, What Belongs to You, is forthcoming from Faber/FSG in May 2015. He lives in Iowa City, where he is an Arts Fellow at the University of Iowa Writers’ Workshop. Connect with him on Facebook and Twitter.