The State Department has announced new measures in reaction to Uganda's passage of its Anti-Homosexuality Law earlier this year. The measures include restricting Ugandan officials' entry into U.S., cutting funding to certain programs, and canceling participation in Africom military exercises. 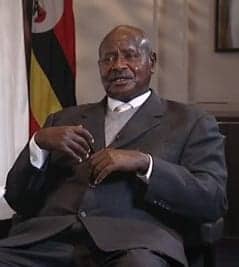 NSC Spokesperson Caitlin Hayden released a statement on the response:

As President Obama has stated, the Government of Uganda’s enactment of the Anti-Homosexuality Act (AHA) runs counter to universal human rights and complicates our bilateral relationship. We announced in April a series of initial responses, and we have since considered how further to reinforce our support for human rights of all Ugandans, regardless of sexual orientation or gender identity.

Today, we are announcing several additional steps. Specifically, the Department of State is taking measures to prevent entry into the United States by certain Ugandan officials involved in serious human rights abuses, including against LGBT individuals. In addition, the United States will take steps, consistent with current authorities, to prevent entry into the United States by Ugandans who are found responsible for significant public corruption.  We are also discontinuing or redirecting funds for certain additional programs involving the Ugandan Police Force, Ministry of Health, and National Public Health Institute, and cancelling plans to hold a U.S. military-sponsored aviation exercise in Uganda.

None of these steps diminishes our commitment to providing development and humanitarian support for the Ugandan people, or our partnership with the Ugandan government to counter the murderous Lord’s Resistance Army and improve security in Africa. We will seek to advance these interests even as we continue—in Uganda and around the world—to oppose discriminatory practices and champion human rights for all.

Previous Post: « Morrissey Cheers the Death of a Bullfighter in New Single: VIDEO
Next Post: Rick Perry Says He ‘Stepped Right In It’ with His Remarks on Homosexuality and Alcoholism: VIDEO »