Moon Boots is back with a new single called 'Whatever You Need,' out on his own French Express record label.  This nu-disco banger samples Andrea Martin's 'Let Me Return The Favor' from her under-the-radar 1998 album The Best Of Me.  I can safely say that Boots has done the original R&B mid tempo jam justice. 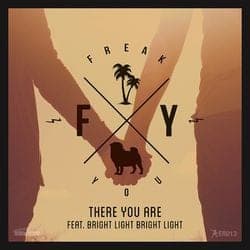 French producer Freak You has teamed up with out singer Rod Thomas, also known as Bright Light Bright Light, for a massive pop hit, 'There You Are.'  The track was released officially on Beatport this week, with some remixes like this upbeat version from She's The Queen.

Yuksek strikes gold again with his new remix for French duo Montmarte's single, 'Inside Of Me,' the title track of their upcoming EP.  The heavy synths and piano riffs complement the song's vocals perfectly to make this a dancefloor go-to.

25-year-old Danish disco singer MØ may be a new name to you, but the chanteuse is quickly gaining in popularity following her appearance on Jimmy Kimmel Live this week performing her hit single 'Don't Wanna Dance.' Subsequently, French producer Zimmer has offered up his deeper, house-infused remix, also freshly out this week, as a free download on his Facebook page.  Go get it and enjoy.

Just in time for summer poolside music season, Soul Clap Records' newest signee David Marston is on the brink of releasing his debut EP, Jamaicalia (appropriately named after his home country).  'I Don't Want' is the first single release of the EP, and is a beautiful deep house song laden with cascading instrumentals and soothing vocals and chants.

Rounding out this week's picks is a remix of Digitalism's 'Wolves,' which features vocals from Youngblood Hawke.  The upbeat modern rock song got the RAC remix treatment, making it slightly more danceable and exponentially more enjoyable.

For some additional summer poolside listening, check out my latest mixtape, Appelbaum Vol. 4, on Soundcloud.