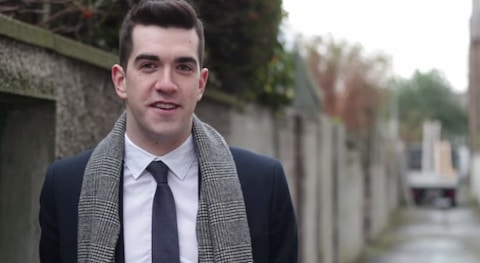 The vote comes following last month's announcement by the Irish government that under an employment law amendment to be passed shortly, schools will no longer be allowed to fire teachers based on family status or sexual orientation.

After the vote, Warfield said:

Civil partnerships were introduced in Ireland in 2011.

Watch Fintan Warfield speak in favor of same-sex marriage at the Sinn Féin Ard Fheis last year, AFTER THE JUMP…

Previous Post: « Why The Brain Is In The Head: VIDEO
Next Post: Dallas Methodist Pastor Commits Suicide To Make Statement About Homophobia, Racism, Social Injustice »