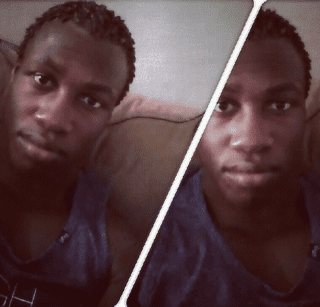 Initial coverage of Johnson’s arrest focused heavily on the story of a predatory, HIV-positive man knowingly endangering the lives of unwitting men, but Buzzfeed’s lengthy dive into Johnson’s life and the circumstances surrounding his arrest paint a complex picture of racial politics, poz phobia, and the consequences of entire community’s sex-negativity.

"Indeed, the community around Johnson — his sexual partners, many of his fellow students, and his university — turned a blind eye to HIV until it had the perfect scapegoat: a gay, hypersexual, black wrestler with learning disabilities who went by the nickname Tiger Mandingo."

Johnson, who has been diagnosed as dyslexia and is profoundly illiterate, was a student at Lindenwood University with a help of a wrestling scholarship. For Johnson, writes Thrasher, his body was both a vehicle to academic opportunity and a means for him to explore Missouri’s ball culture, competing in a number of pageants.

From his experiences wrestling and walking Johnson would come adopt a constructed identity, Tiger Mandingo, that in many ways lies at the heart of his story. Tiger Mandingo, a combined reference to a lucky t-shirt and the sex of pervasive cultural stereotypes concerning black male sexuality, came to be the monicker Johnson used across a number of his social media presences. Its ubiquitousness, Thrasher explains, very much influenced the narrative that followed Johnson’s arrest.

"[N]o one presents themselves exactly the same way on LinkedIn as they might on Grindr or Facebook. But there is perhaps no better word than “Mandingo” to encapsulate how black male sexuality, especially regarding interracial sex, has historically been criminal (and always been suspect) in America.

There’s a racial dynamic to who is prosecuted for exposing others to the virus and how they are sentenced, research shows. A study published in the journal AIDS and Behavior, looked at 10 years of HIV prosecutions in Nashville. It found that “Persons who were black were more likely to be convicted of criminal HIV exposure related to a sexual interaction than persons who were white,” and that “individuals who were black received significantly longer sentences than those who were white.”

Rather than targeting the virtually non-existent HIV prevention programs in place at Lindenwood, the St. Charles Police Department's gross misconduct in handling the case, Thrasher explains, Johnson’s community seems concerned solely with demonizing him for his actions.