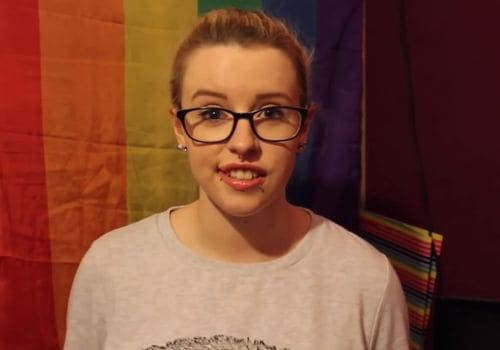 Rebecca Anderson's thick Scottish accent may be unintelligible for some, but her singing rings out loud and clear. The 16-year-old out lesbian has made a parody of a parody; in July, hate-mongers at the Westboro Baptist Church created their own remake of Panic! At the Disco's "I Write Sings, Not Tragedies," titling their's, "You Love Sin What a Tragedy." Rebecca "was so repulsed," according to Buzzfeed, that she decided to fire back with "Your Beliefs Are A Lie, What A Tragedy." Tragedies abound, but Ms. Anderson's vivacious personality and demand for respect remain strong.

Head over to Buzzfeed to read the lyrics.

And check out the activist-singer, AFTER THE JUMP…