Australia is likely to allow a conscience vote on same-sex marriage later this year, reports The Sydney Morning Herald. 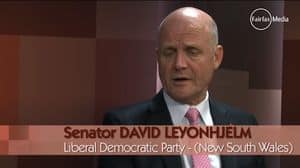 Liberal Democratic Party Senator David Leyonhjelm announced in July that he intended to introduce a draft bill to legalize same-sex marriage, which is likely to be put before the House of Representatives this month or next.

This would be the first time Australian MPs have a conscience vote on the issue after Labor made the decision in 2011 to support same-sex marriage.

Fulfilling a pre-election promise by Prime Minister Tony Abbott, the Liberal Party is likely to advocate for a conscience vote during the next session of parliament.

Last Sunday, the New South Wales Labor conference voted to support same-sex marriage but rejected a proposal by 352 votes to 284 to bind its federal MPs to vote in favor.

However, Leyonhjelm has said that he is not making any assumptions regarding the outcome of a conscience vote. A number of Liberal backbenchers said their ''gut feeling'' is that such a vote would be narrowly defeated. Most National Party MPs are expected to vote against same-sex marriage.

Last December, Australian Capital Territory's (ACT) same-sex marriage law was struck down by the country's highest court and the marriages that had taken place since it went into effect were annulled. The ACT marriage equality bill had been passed the previous October.

Previous Post: « Adorable Baby Seal Takes a Ride with a Couple of Surfers: VIDEO
Next Post: Laverne Cox and the ‘Orange is the New Black’ Cast Take Over Conan: VIDEO »