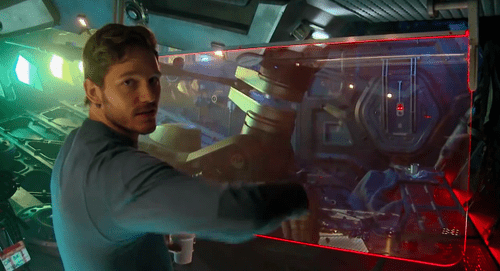 In a promo video for Marvel's newly released Guardians of the Galaxy, Chris Pratt gives us a MTV 'Cribs' style look inside the Milano – the spaceship owned by Pratt's GotG character Peter Quill aka Star-Lord. Included in the tour is the common area, Quill's bunk ("where the magic happens") and the ship's flight deck, all of which have some pretty impressive physical props.

And while Pratt unfortunately isn't shirtless during his video tour, it's still well worth a watch.