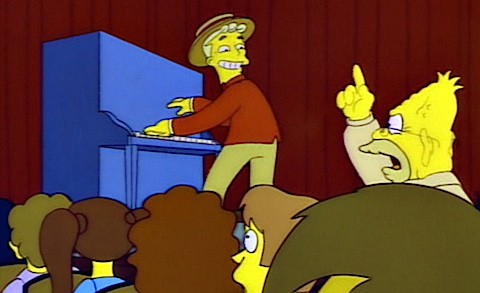 Fans of The Simpsons have something to look forward to in L.A. next month, according to an interview Conan O'Brien did with Buzzfeed UK:

…what’s really interesting, just because you brought it up, is two days before I left to come to England my phone rang and it was The Simpsons. And they said that they were doing a live show at the Hollywood Bowl, and all the actors are going to do the voices, and, “Would you be a special guest star and sing ‘The Monorail Song’ with the Los Angeles Gay Men’s Choir?” And the answer there is “YES”, so I am going to do that I think in September.