Utah Attorney General Sean Reyes’ re-election campaign got a healthy influx of cash from Facebook, Inc. back in May, according to disclosures filed with the Utah Lieutenant Governor’s office. 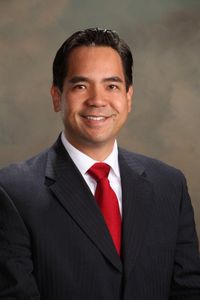 The company, which is usually a strong corporate backer of LGBT equality, donated $10,000 to the man who vowed late last year to ‘spend whatever it takes’ to prevent gay couples from obtaining marriage licenses in his state.

“Facebook has a strong record on LGBT issues and that will not change, but we make decisions about which candidates to support based on the entire portfolio of issues important to our business, not just one,” said a company spokesperson when asked about the campaign contribution. “A contribution to a candidate does not mean that we agree with every policy or position that candidate takes. We made this donation for the same reason we’ve donated to Attorneys General on the opposite side of this issue – because they are committed to fostering innovation and an open Internet.”

LGBT supporters unsatisfied with Facebook’s response have launched an online petition calling for the company to “publicly decry this bigotry and make an equal or greater contribution to the campaign of Charles Stormont who is also seeking the office of Utah Attorney General.”

Earlier this month, we reported that Reyes had appealed a Tenth Circuit’s decision striking down the state’s gay marriage ban directly to the U.S. Supreme Court