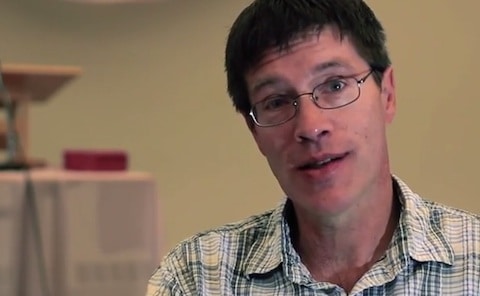 The Mennonite church is set to review the credentials of Pastor Karl Shelly who in May presided over a same-sex wedding in violation of the church’s rules, reports The Michigan City News-Dispatch.

Mennonite church guidelines state that pastors may not perform a same-sex covenant ceremony. Because the church has a strong focus on social justice issues, many members view its non-recognition of same-sex marriage as incompatible with its identity as a whole.

Shelly wrote in a statement submitted to the Indiana-Michigan Mennonite conference that he performed the service after determining that "being born with a same-sex sexual orientation and entering into a life-long covenant of fidelity and love with another human being is not sin.”

Mennonite Central District Conference minister Lois Johns Kauffmann said that although the body once before reviewed a pastor who performed a same-sex marriage ceremony, the credentials were not revoked.

According to Nancy Kauffman, denominational minister for Mennonite Church USA, a debate on whether the church should allow same-sex covenant ceremonies is likely to arise at the national assembly next year.

Watch Pastor Shelly speak about Assembly Mennonite Church's journey to becoming a member of the LGBT-affirming Supportive Communities Network, AFTER THE JUMP…

Previous Post: « What Goes On Inside A Depressed Person? – VIDEO
Next Post: NOM Leader Jennifer Roback-Morse Believes Marriage Equality Will Go Nationwide Within the Year »