At the September 4th Vision America “Heroes of Faith Gala,” Senator Ted Cruz (R-TX) is set to collect the “Don Wildmon Award” on behalf of his homophobic father Rafael Cruz 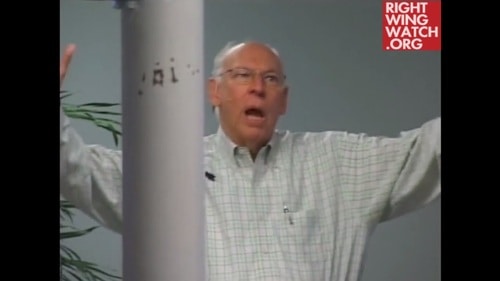 At the upcoming Vision America “Heroes of Faith Gala,”  - a gathering of some of the most hateful anti-gay activists in the U.S. – Senator Ted Cruz (R-TX) is set to collect the “Don Wildmon Award” on behalf of his father Rafael Cruz, reports Right Wing Watch. The award is named for the founder of the American Family Association. 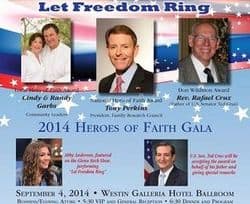 Tony Perkins, the leader of anti-gay hate group Family Research Council, is will receive the 2014 “National Hero of Faith Award” at the same event.

Back in June, we reported that Right Wing Watch had compiled a treasure trove of video footage of Cruz senior spouting off about everything from the evils of evolution, to his belief that Obama thinks he's God and Satan controls the government, to his assertion that gays stole the word "gay" and endanger children.

Vision America is run by rabid homophobe Rick Scarborough who earlier this month said that it is a miracle that god has not destroyed the U.S. since President Barack Obama started appointing gay ambassadors.