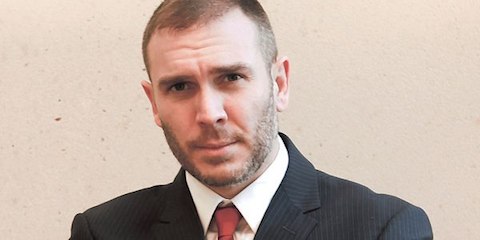 The love of Jesus is strong with World Net Daily's wannabe tough guy poseur and self-described "Christian Supremacist" Jason 'Molotov' Mitchell, a man so unhinged that even others on the far right will speak up against him. Now Mitchell is making hateful waves again by piggybacking on comedian Adam Hills' joke that members of Westboro Baptist Church should be sent to Iraq by adding Dan Savage to the flight list. He claims that Savage has done worse things than Westboro, like arguing for gay people being allowed to marry and bragging about trying to infect conservatives with diseases.

Mitchell tops off his little Christian display the Second Commandment by noting that while Dan is arguing for the right to marry, in many countries he and other gay men "don't have the right to breathe." Mitchell, of course, doesn't realize that this is why theocracies are a bad thing.

Watch the rant, AFTER THE JUMP…