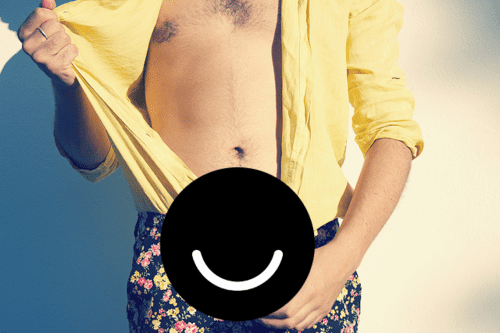 The Interplay is a special bi-weekly series exploring the intersections of sex, pop culture, and current events.

Last week everyone seemed to suddenly begin pushing Ello, artist Paul Budnitz’s style-centric social media platform. Ello’s major selling points–a clean design, pseudo-exclusivity, and a lack of advertisements–made it an obvious alternative to services like Facebook or Twitter. Most of the coverage about Ello, including our own, highlighted the contrast between the service’s “come as you are” ideology and Facebook’s recent doubling down on its “real name policy.”

A vocal contingent of the drag community is protesting Facebook’s naming policies and adding some credence to the idea that Facebook just isn’t as “cool” as it used to be. That being said, one-fifth of the world’s population logs onto Facebook every month, and the site is projected to control almost 20% of U.S. mobile ad market by the end of the year. As tone-deaf as Zuckerberg and co. may have been in their policing of online identities, Facebook, contrary to popular belief, is doing just fine.

For all of the grand proclamations of user-empowerment made in its manifesto, Ello looks a lot like the social networks that came before it, when looked at objectively. Profiles are styled in a similar fashion to Twitter’s, and Ello’s endless scrolling bears a striking resemblance to Tumblr’s primary dashboard interface.

Despite thriving on the idea of being edgy and anti-ad, a number of high-profile brands (like Sonos and Netflix) have staked out spots in Ello. Even more interesting are the questions being raised about Ello’s early venture capital funding, something seemingly at odds with it anti-establishment ethos.

And yet in spite of all that Ello is growing.

Ello doesn’t seem to have a means of determining a user’s sexual orientation, but Budnitz has said that his team has seen a particular spike in new LGBT users. According to Budnitz, Ello’s LGBT userbase is playing a “particularly helpful [role] in shaping their development going forward,” which could mean a number of different things.

In the past non-dating social networks designed with gay men in mind have tried–and generally failed–to carve out a unique space for themselves. Fab.com, the one-time wunderkind of daily deals, began in 2010 as Fabulis, a gay Facebook clone without an obvious business model. Fabulis’s decision to reinvent itself as an e-commerce hub says a lot about the viability of a “gay social network.”

So what is it, then, that Ello is doing to solidify itself as the queer-friendly anti-Facebook? Well for starters, it’s pro-porn. 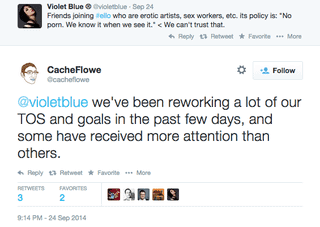 As timely as comparisons to Facebook may be, Ello would have a much better shot at becoming the social for edgy, artistic gays by borrowing from Tumblr. Though Tumblr has made a name for itself for being a lightweight, customizable blogging tool for the masses, the service owes a large part of its success to its highly active community of pornography curators. 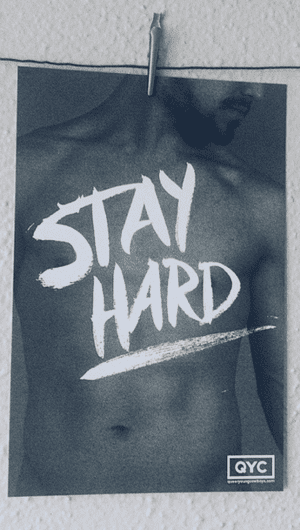 “I know I'm getting a more authentic report from the writers and artists I follow, and not just the narratives or work that fit within guidelines,” he said. “Guidelines have never been friendly to queer creators, especially when it comes to sexual content.”

Artists working in adult spaces, Murdoc says, have worked around the limitations imposed by platforms like Facebook and Instagram, by tailoring their content to fit within acceptable parameters. But that ingenuity comes, at least in part, with a degree of creative censorship.

“There may be a post about some new thing, but they're never showing the new thing, especially with visual artists.” he described. “I know some creators who are dogged by people who report any risqué content, and that leads them to talk about their work in other venues rather than risk being shut down.”

Projects like QYC aren’t uncommon, but all too often their signal gets lost in the social media noise as a result of having to contort their messages to fit within narrowly defined standards of acceptability. How many more independent films like Travis Matthews’s I Want Your Love and In Their Room might have a chance to flourish if only their creators were given a central, social hub in which to share and spread their ideas?

Whether Ello intends to become that hub remains to be seen, but being known as the digital epicenter of risqué, avant-garde content creation certainly wouldn’t be a bad thing.