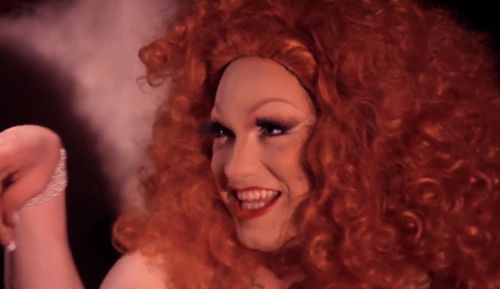 Keeping with the edible theme, Drag Race royal and extraordinary singer/actor Jinkx Monsoon has released a video for the second single off The Inevitable Album, "The Bacon Shake." Teaming up with the B-52's Fred Schneider, Ms. Monsoon looks sizzling and delicious as she transforms from nice to naughty in the vaudeville-inspired act.

Jinkx spoke with Buzzfeed about the video:

“I really wanted the video to have an air of an old German cabaret club, or a naughty little gentleman’s club where this brassy broad is singing her heart out."

“The director, Steven Willis was totally on board with that treatment for this video, and we all unanimously agreed Fred Schneider HAD to be the bartender in this jazz joint…"

“I just hope it makes [the audience] happy and I hope it makes people wanna dance. It’s a catchy tune and I want people to tap their feet to it and sing along.”

Shake along, AFTER THE JUMP… 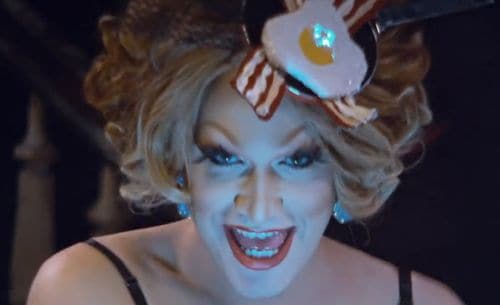 Previous Post: « Jimmy Somerville Returns to Disco with New Singles ‘Travesty’ and ‘Back to Me’: VIDEO
Next Post: Twitter Crowdsources Manhunt for Philadelphia Hate-Crime Attackers, Suspects Turn Themselves In: VIDEO »