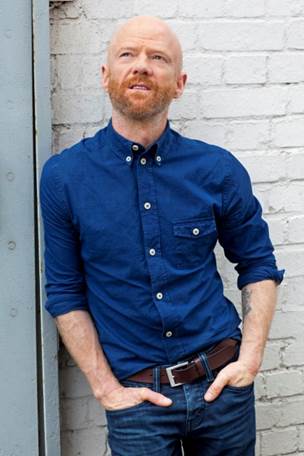 The good news about Jimmy Somerville, who stunned us recently with a haunting 30th anniversary reprise of his 1984 Bronski Beat classic "Smalltown Boy", is that he has begun releasing singles from a forthcoming album which has a distinctly retro feel.

Says Somerville in a press release:

“I've finally made the disco album I always wanted to and never thought could. If I was 15 again I'd buy it, sit on my bed, slowly open the gate-fold, slide out the vinyl, place it on the turntable then jump off the bed and imagine someone just passed me a tambourine…I'd be in heaven!  The horns, the strings, the bass, the guitars, the drums, the backing vocals and the melody….the escape. So open your ears embrace the groove and pay homage to an all too easily derided sound … I LOVE Disco!"

Have a listen to the first U.S. single from Homage, "Travesty", AFTER THE JUMP…

And listen to a sneak peek of "Back to Me" HERE.

Previous Post: « Lambda Legal Asks Court for Swift Ruling to End Discriminatory Marriage Ban in Puerto Rico: READ
Next Post: Jinkx Monsoon Serves Up A Side Of Saucy Glamour In Video For ‘The Bacon Shake’: WATCH »