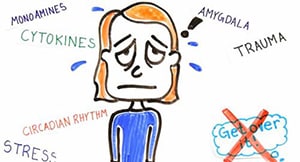 A University of Cambridge study shows that LGBT people are two to three times more likely to suffer from chronic psychological problems such as depression and are twice as likely to not trust their GP, reports Varsity.

The study was based on a survey of two million people, 27,000 of whom identified as a sexual minority.

The study also suggests that some LGBT people had faced a hostile health-related environment in which sexual minorities were stigmatised.