English television and radio presenter Paul Ross has revealed that for the past year, he has been cheating on his wife with another man 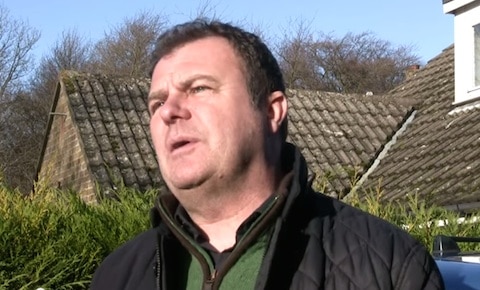 English television and radio presenter Paul Ross has revealed that for the past year, he has been cheating on his wife with another man, reports The Huffington Post.

Ross is the brother of television and radio presenter Jonathan, who in 2011 revealed that his daughter is gay.

He also revealed that he regularly snorted mephedrone when he was with Olivier:

"I tried it. Then I got this immediate euphoria… What I didn’t know then was that it makes you feel like you are in heaven when in reality you are actually going to hell."

The affair came to an end when his wife Jackie became suspicious of her husband's whereabouts, and tracked his phone using an app on her iPad.

Jackie has pledged to stand by her husband, saying,

"I’m not wiping out a 14-year relationship for six months of madness, I’m not. Because I know he loves me. I know 90 per cent of Paul is a good man. He’s a good dad. I feel the sex was part of the mephedrone package, I don’t see it as a gay relationship, I see it as part of the drugs. I’m not letting that vile little gargoyle destroy what we’ve got.”

Describing himself as an addict, Ross is now seeking counselling for his addiction to the class B stimulant:

“The person I have been over the last 14 months isn’t someone I recognise. I have done things I didn’t even think it was possible for a human being to do. I have started counselling for my drug addiction. I have had two sessions already. I can’t believe how stupid I’ve been. Jackie has been amazing through this. She is such a brave woman and she doesn’t deserve what I have put her through.”