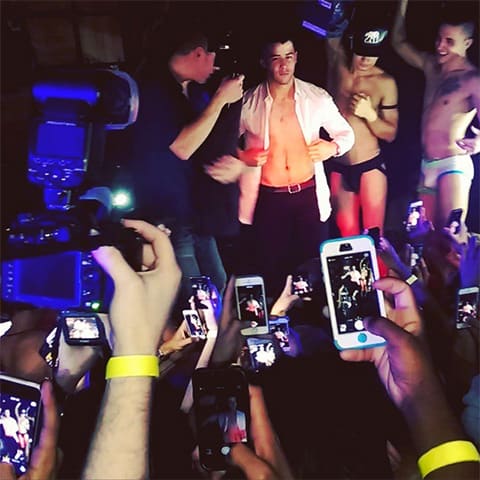 Nick Jonas, who's been serving up the beefcake as of late ahead of his new show Kingdom being released, made a stop at New York City gay night club BPM last night. According to The Daily Mail, he played his solo track "Jealous" for the crowd and then performed a mini-strip tease atop a podium, revealing the abs that have gained quite a following:

Sandwiched between nearly-naked men with dollar bills wedged in their Y-fronts, Nick ripped open his white shirt, after shedding his suit jacket.

And, while he danced provocatively for the crowd and treated them to the 'Gun Show', he left his trousers on and his shirt around his shoulders encouraging the crowd to use their imaginations for the rest.

Watch videos of Jonas dancing, meeting fans, and baring his abs, AFTER THE JUMP… 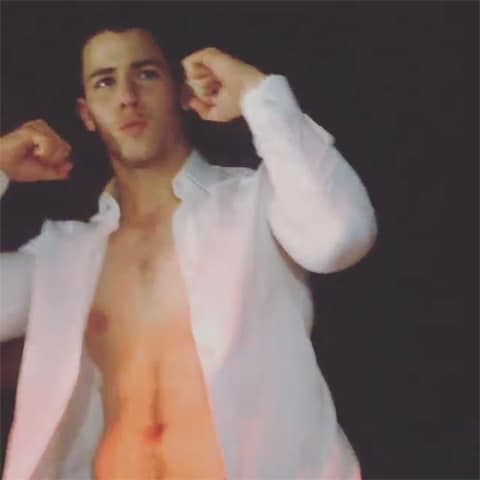