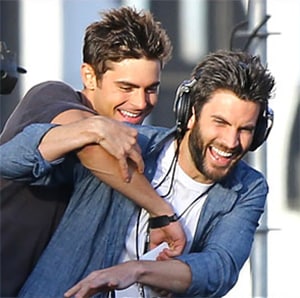 A how-to-guide to make sure you don't miss Ben Affleck's member in Gone Girl.

According to GLAAD, television has increased its depiction of gay, lesbian and bisexual characters: "In the 2014-15 season, the study by GLAAD said that 3.9 percent of 813 characters regularly seen on prime-time network scripted series will be lesbian, gay or bisexual, a total of 32 characters.That represents an increase over last year's 3.3 percent, but is down from the 4.4 percent record high for LGBT depictions on network series in 2012."

Zac Efron gets into a tickle war with Wes Bentley.

Novelist Ken Follett on gay characters in his works: “These gay characters are there because this is the world I live in,” Follett said in an interview with The Daily Beast. “I live in a world in which there are gay people, and to leave them out would seem odd, just as it would seem odd to write a story in which there were no people of color, or all the heroes were men and no women were heroes. It's just not the world I live in.” 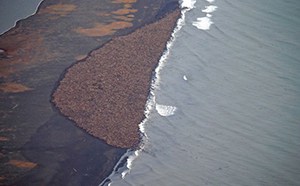 Drama reported behind the scenes of The View between Whoopi Goldberg and Rosie O'Donnell.

Andrew Sullivan wonders, "Is The HIV Divide Now Over?": "What are your options today as a gay man with a sex life in America? You live in a community where a deadly virus has killed hundreds of thousands and is still resilient in the gay male world as a whole. It has no external or visible symptoms most of the time. Many people have no idea they have it. But the virus can be permanently suppressed to a point where it cannot be measured in your bloodstream and to a point where an HIV-positive man cannot transmit the virus to another person. And someone who is HIV-negative can also have access to a daily pill that, if taken conscientiously, all but wipes out the chance of getting infected.

SCOTUS: Still "no announcement Tuesday on whether [the Court] will take up a case seeking marriage equality at its first conference of the term, making such a declaration unlikely until the beginning of next week at the earliest." However, there are orders coming tomorrow at 9:30 AM EDT that could include a grant or a denial in the same-sex marriage cases before the Court. 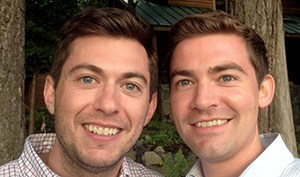 Andy Rooney's grandson, Benjamin Fishel, marries partner: "Andrew Siman Brady and Benjamin Leo Fishel were married Saturday just off Pilot Knob, N.Y., on Lake George. Paul E. Boivin, a Progressive Universal Life minister, officiated aboard the Morgan, a cruise vessel that he captains." Grandfather Andy Rooney came under fire in 1990 for comments he made that were perceived as disparaging towards the gay community: "'There was some recognition in 1989 of the fact that many of the ills which kill us are self-induced. Too much alcohol, too much food, drugs, homosexual unions, cigarettes. They're all known to lead quite often to premature death.''

Will Apple launch a gold iPad this month?

Christian Bale and Joel Edgerton smoulder and look Biblical in trailer for Exodus: Gods and Kings.

Eruption of Mount Ontake in Japan was fueled by steam not magma.

Doctors say Tracy Morgan may never perform again as a result of the injuries he sustained from an accident in June.

With the first confirmed case of Ebola in the United States, the CDC is now trying to discern whether anyone else has been infected: "A CDC team is in Dallas helping to find the people that the patient may have come into contact with, said [CDC Director Dr. Thomas] Frieden. Once those people are identified, they will be monitored for 21 days — taking their temperatures twice a day — in cooperation with local and state health officials, Frieden said Wednesday."