A Christian graduate from Trinity Western University (TWU) in British Columbia, Canada, claims to have been discriminated against and “attacjed” because of her religion after applying for a job with a Norwegian wilderness tourism company 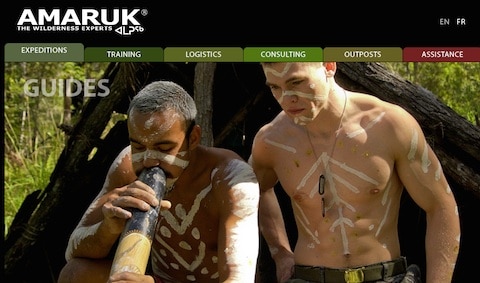 A Christian graduate from Trinity Western University (TWU) in British Columbia, Canada, claims to have been discriminated against and "attacked" because of her religion after applying for a job with a Norwegian wilderness tourism company, reports CBC News.

All students at TWU - a private Christian liberal arts university - must agree to a covenant prohibiting sexual intimacy outside heterosexual marriage.

In her complaint to the British Columbia Human Rights Tribunal, Bethany Paquette outlined a series of emails from Amaruk executives. 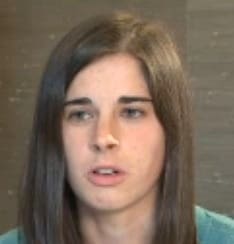 "Unlike Trinity Western University, we embrace diversity, and the right of people to sleep with or marry whoever they want.

"The Norse background of most of the guys at the management level means that we are not a Christian organization, and most of us actually  see Christianity as having destroyed our culture, tradition and way of life."

In a reply email, Paquette wrote "your disagreement with Trinity Western University, simply because they do not support sex outside of marriage, can in fact be noted as discrimination of approximately 76 per cent of the world population!!! Wow, that's a lot of diverse people that you don't embrace."

She signed the email God Bless “probably partially because I knew it would irritate them.”

"In asking students to refrain from same-sex relationships, Trinity Western University, and any person associated with it, has engaged in discrimination…'God bless' is very offensive to me and yet another sign of your attempts to impose your religious views on me.

“There are practical concerns about a Christian university that rejects the concept of evolution but still grants ‘biology’ degrees.

"I do not want to be blessed by some guy who was conceived by a whore, outside of marriage, and whom has been the very reason for the most horrendous abuse and human right violations in the  history of the human race. If I was to meet the guy I’d actually fuck him”

Amaruk employee Christopher Fragassi-Bjørnsen then joined the discussion, writing that while "Trinity Western University believes that two men loving each other is wrong… we believe a man ending up with another man is probably the best thing that could happen to him. But we do not force these views onto other people, and we are completely fine if a guy decided to go the emasculation route by marrying a B.C. woman.”

TWU spokesperson Guy Saffold said "Canadians shouldn't be treated this way by a foreign company. Mocking of their religion — there is a personal shaming element to it that was most unfortunate."

Micheal Vonn of the British Columbia Civil Liberties Association said employers are not supposed to express opinions about an applicant's religious background:

"You are allowed to think anything you like. But you have obligations as an employer to act in a non-discriminatory manner.

"What you have is written documentation that more or less is tantamount to a sign on the door that says no one of religious affiliation need apply for employment here. We don't usually see discrimination cases that are quite this stark."

However, in a statement issued last week, Amaruk said:

"We regret that Bethany Paquette was [em]inently unqualified for an assistant guide internship position with our company.

"We strive to make applicants aware of the minimum requirements for each position.

"Unfortunately, Bethany Paquette applied for a position when she knew, or ought to know, that she was unqualified for the position, did not meet the minimum requirements of the position, and did not hold the necessary certifications for the position."

Read the full email exchange here and watch a report on the case, AFTER THE JUMP…