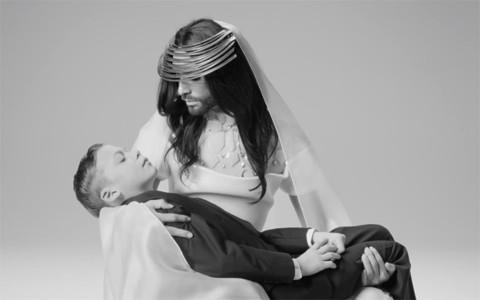 Bearded drag performer Conchita Wurst has released a dramatic new video directed by Clemens Purner for his power ballad "Heroes", which is the follow-up to "Rise Like a Phoenix", the track which led to the Eurovision crown.

According to Sony, Wurst came up with the concept for the video which represents a relationship between two people. A man is asked to reconsider his previous actions and do something good for humanity, to be a hero.

Wurst was recently honored by the United Nations in Vienna for his work on behalf of the LGBT community.

Watch the new video, AFTER THE JUMP… 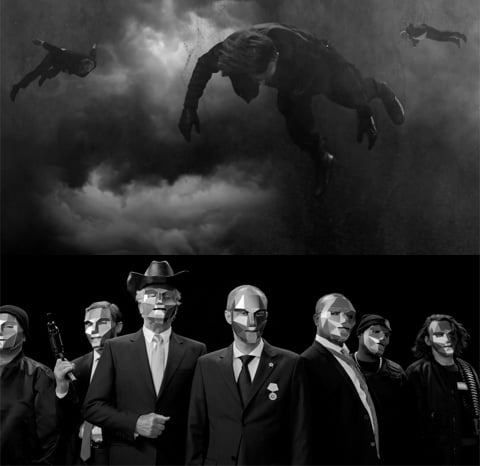