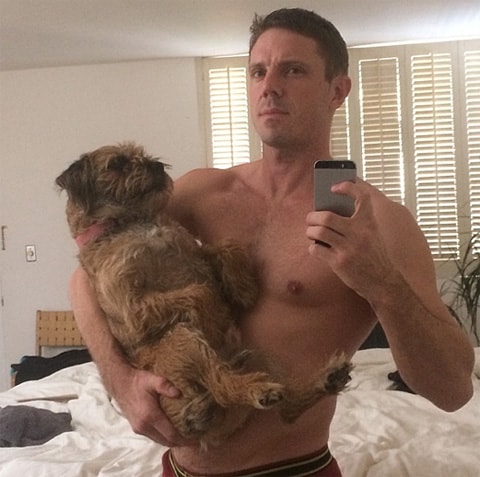 Find out which GOP politician was spending time with a dance music diva, who was getting drunk on grape juice, and how many mustaches were being rocked for Movember,
AFTER THE JUMP…

Surfs up. At Ocean Beach with @michaellannan and John Johnson this morning. Good times

Yesterday on @EntertainmentTonight with @turnernews! I feel so supported and extremely loved. Thank you everyone!

Ronnie Kroell searched for a name for his Movember progress.

I need a name for my mustache! Any thoughts on what to call him? #movember #cancerawareness

#wasted. man, this stuff messes me up.

Stretching it out for my next parody video with @javichondo

Tom Daley’s workout was so hard he needed a hardhat.

Harry Judd from McFly beamed in from his bedroom.

Hey @davidlorr, make your way back to The Arch on your travels, Los Cabos is back only 8 weeks after the hurricane. #Unstoppable #ad http://ow.ly/i/7zCvE

Brad Goreski had some company in bed.

Michael Sam was grateful for the honor.

Harry Shum Jr. found himself in a bit of a hairy situation.

Much maintenance is needed on this thing on my shoulders. #needtoshave #needahaircut

Baby Daddy’s Derek Theler got wet for a photo shoot.

Frankie J. Grande wore the most skin-tight shirt paintable to the AMAs.

shirt by @onestep2far (follow her cause clearly… she’s AMAZING!😄) #AMAS

Can’t believe this is coming out in 2 weeks! Reading this again reminds me of how sad I was, I’ve come a long way. #ComingOutToPlay

Dan Osborne got in uniform.

On stage for The Dreamboys

But is dreaming of sunnier days.

Not gay Aaron Schock spent some time with Ariana Grande.

Russell Tovey and Jonathan Groff were hanging out late night.

Joe Manganiello demonstrated who has the greatest guns of all.

A Shears needed some shears.

And Murray Bartlett wished you the very bushiest of Movembers.