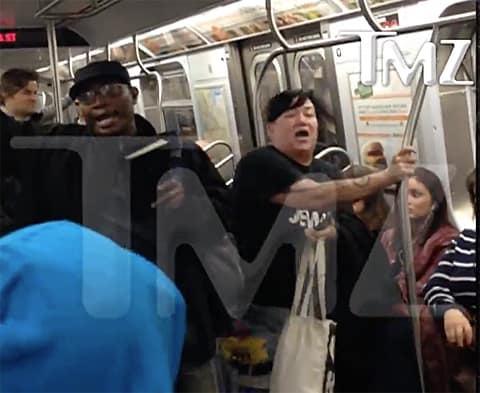 Earlier this week, a video in which Orange is the New Black actress Lea DeLaria shouted down a Bible-beating preacher on the NYC subway went viral.

DeLaria spoke to Page Six about the incident, and why she stood up and got in his face:

“I really can’t tolerate anyone who uses the name of Jesus to preach hatred. When he literally used the word ‘homo,’ I decided to get up. I have no problem with people talking out loud on the subway. I think that freedom of speech comes with responsibility. You should not, you cannot spew that kind of hatred out loud — especially in New York City, a multicultural and -religious city that we live in….You must always face evil and take it down. The reason evil thrives in the world, the reason hatred thrives in the world, the reason bullying thrives in the world is because of complacency. As long as we continue to take it, it will continue to thrive."