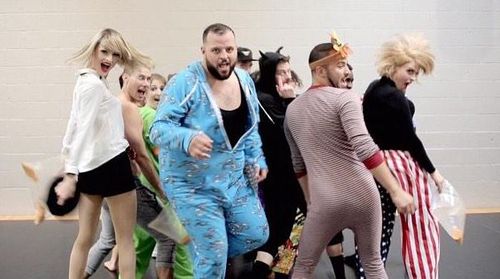 In honor of Thanksgiving week, Daniel Franzese has posted a food-and-family themed "Shake It Off" spoof on YouTube called "Shake and Bake." The video features Mean Girls-fave Franzese leading a bevvy of boy and girl dancers in some hot moves involving chicken, Ziplock bags and, of course, Shake n' Bake. There is even a Taylor Swift drag-a-like who Franzese pushes out of the way to get the song started. He also shows off some sexy moves himself, including some Thanksgiving-themed twerking.

The music video is Franzese's second collaboration with Beyonce spoofer Adrian Anchondo (pictured below), who was likely responsible for the fun choreography and diversely sexy group of dancers. (Take notice of a young Jake Gyllenhall-esque chorus boy in a tight 'n revealing leotard @1:40). Their first project together was an October spoof of Sam Smith's "Stay With Me" that has received nearly a million hits on YouTube.

Recently, Franzese joined the cast of HBO's Looking and is featured in some teaser scenes from the upcoming Season 2. You can watch the full "Shake and Bake" spoof (along with a special guest appearance by one of his Looking co-stars playing a Pilgrim) AFTER THE JUMP… 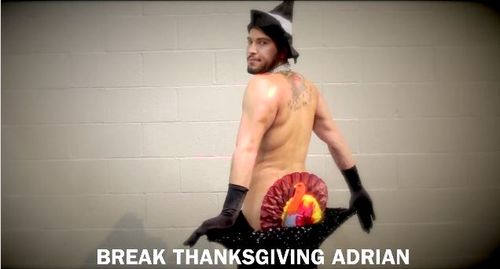