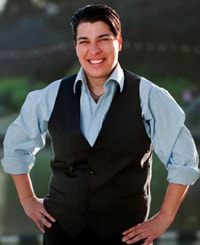 Oakland native and one-term Councilwoman Libby Schaaf cruised to a decisive victory Wednesday in a ranked-choice race that saw her take the lead and keep it through 14 elimination rounds.

In the end, the last three candidates standing were Schaaf, Councilwoman Rebecca Kaplan — who had been favored to win in polls — and incumbent Jean Quan. But it was never close. When Quan was eliminated, her redistributed votes were almost evenly split, boosting Schaaf to victory from 49 percent of the vote to 63 percent. Kaplan lost with 37 percent of the vote. […]

Kaplan said in a statement that “Mayor-elect Schaaf and I share a deep and profound commitment to making Oakland stronger, safer and more prosperous. We’ll together represent the entire city, and I’m excited to partner with her on a wide variety of ways to improve the city that she and I both love.”

Kaplan also ran in the city's 2010 mayor race, where she came in third.