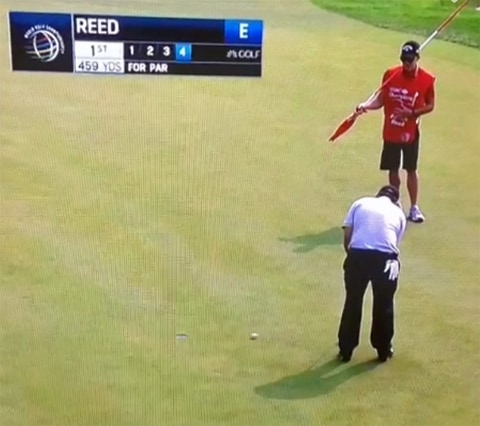 Pro golfer Patrick Reed will likely be fined after dropping an anti-gay slur on the opening hole of the WGC-HSBC Champions tournament in Shanghai, China today.

Said Reed to himself after making three putts to sink the ball: "Nice f–kin' three-putt you f–kin' faggot."

The PGA Tour issued a statement on Reed’s remark, saying, “The PGA Tour Conduct Unbecoming regulations prohibit the use of obscene language on the golf course. The PGA Tour will deal with this matter internally in accordance with its regulations.” Reed will be fined.

I'm sorry for using offensive language today in China. My passion to play well got the best of me and my word choice was unacceptable.