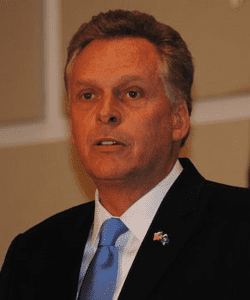 Made public during the Virginia-1 Tourism Summit in Reston yesterday by Democratic Governor Terry McAuliffe, the task force aims to showcase Virginia as a gay-friendly state for both residents and visitors.

According to state tourism officials, the task force is the second of its kind in the nation and the first in the South.

McAuliffe’s address focused on the broad impact the $21.5 billion tourism industry has on state's economy:

“Tourism plays an important role in attaining that goal, building communities, and helping drive the new Virginia economy.” We have an opportunity to build upon the progress Virginia made this year in achieving marriage equality and ensure that visitors across the globe know that the commonwealth is open and welcoming to all.”

“Tourism has consistently proven to be a sound investment for Virginia. It is an instant revenue generator, channeling millions of dollars into the Commonwealth’s coffers and into the revenue stream to local governments.”

Watch McAuliffe speak at the conference, AFTER THE JUMP…