Justin Welby, the Archbishop of Canterbury, England, has refused to discuss the reasons behind his opposition to same-sex marriage 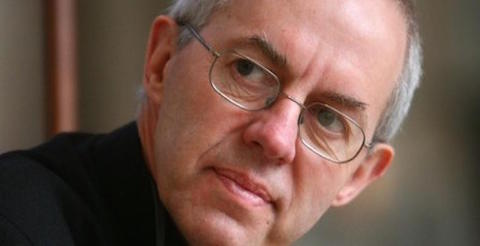 Justin Welby, the Archbishop of Canterbury, England, has refused to discuss the reasons behind his opposition to same-sex marriage, reports The Guardian.

Speaking on Radio 4’s Desert Island Discs, Welby (pictured above) was asked what makes gay relationships inferior in the eyes of the church.

However, the cleric declined to discuss his stance on the issue, saying:

“I’m really not going to answer the question very well because we’re now into conversations within the Church, both globally and locally, and I think if I weigh in at this stage it’s inappropriate.

“It’s something that as you go around the Communion, and having visited all the provinces I’m very aware of this, that is seen by many as an absolutely central understanding of obedience to Christ, in both directions.

“In human terms, it looks impossible, and many people say you shouldn’t bother to try.

“When I listen to people I know that I’m listening to people for whom not just the issue of sexuality but the whole way in which the Church lives and exists and reaches out to people, what it looks like to be a holy church, is something on which they feel passionately and are deeply, deeply, deeply disagreeing.

“If you love them you listen carefully.”

Although Welby has been vocal in his opposition to same-sex marriage, there was some good news last year when he announced a campaign to stop homophobic bullying in Church of England schools.