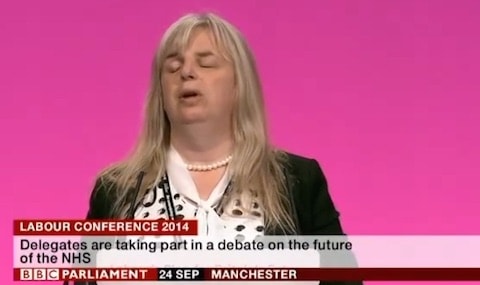 Brothers, who lost her sight to glaucoma as a child, is standing is standing for Parliament in the Sutton and Cheam district.

Although Liberal Democrat Stephanie Dearden was outed by the Daily Mail as transgender in 2005, it is believed to the the first time a parliamentary candidate for a major party has taken the decision to come out.

In an interview with Pink News, she said:

“In an ideal world I wouldn’t be speaking out about my past because it’s very private; however I recognise that as a politician the key thing is trust.

“I don’t want to be somebody who has notoriety as having a transgender background, but I also believe it’s an experience that has value to it, that I can be a positive role model.

“For a lot of people of a transgender experience that can be very challenging but for me, it was absolutely the right thing to do. I am happy and content as a woman, and also as a gay woman.

“I have two great children who are very supportive, but my wider family are not and have broken their connections with me.”

In September, Paula Overby, was the first openly transgender person to run for Congress from Minnesota.

Watch Brothers speak about the National Health Service at the 2014 Labour Party conference, AFTER THE JUMP…