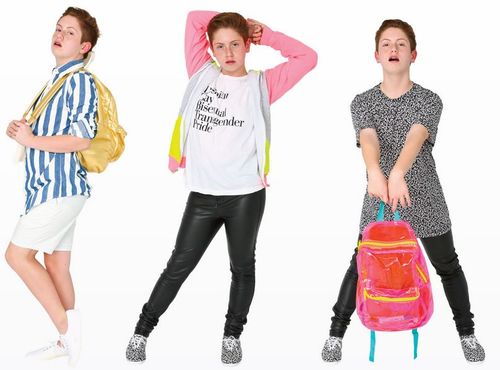 Everyone's favorite spontaneous Las Vegas showstopper Brendan Jordan is back in the spotlight in a new American Apparel ad showing off some of Brendan's fiercest poses.

Brendan is from Las Vegas, Nevada. He’s half Peruvian (his dad was born and raised in Peru) and he learned Spanish from his extended family that helped care for him. He enjoys taking photos, shopping and collecting Disney memorabilia. In the future Brendan hopes to have his own TV show and design a clothing line. His biggest inspirations are his great grandmother Lucy and Lady Gaga. We were inspired by Brendan after seeing his fearless act of spontaneity and applaud his efforts with the LGBTQ community. His favorite styles of ours include the Clear PVC Circle Skirt and anything high-waisted. 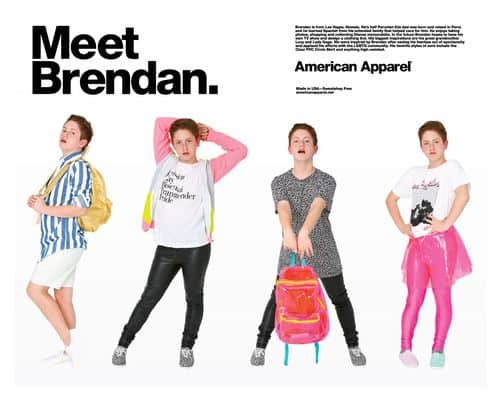