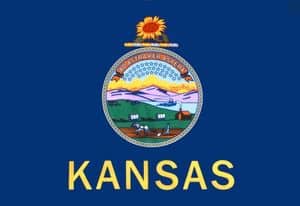 A federal judge has today expedited a case brought forth by the ACLU intended to once and for all clear up that state's marriage mess. The AP reports:

U.S. District Judge Daniel Crabtree on Wednesday directed opposing attorneys to narrow factual disputes and to propose a schedule at the end of January for him to hear legal issues.

Both the state’s attorneys and lawyers challenging ban want to expedite the case.

The American Civil Liberties Union filed the lawsuit in October for couples denied marriage licenses. The U.S. Supreme Court blocked Kansas from enforcing its ban while the case goes forward and the ACLU expanded its lawsuit to force the state to recognize the resulting gay marriages.

Separately, the U.S. Supreme Court could rule before July on whether states can keep banning gay marriage.