Irish bishop Kevin Doran has said that his opposition to same-sex marriage is “not about homosexuality or the gay lifestyle, it is about the meaning of marriage”, 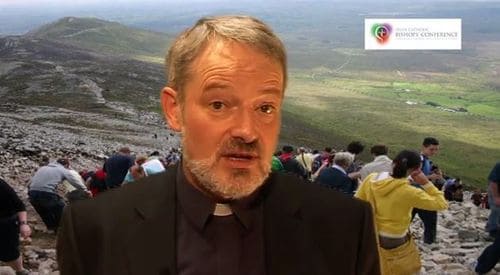 Irish bishop Kevin Doran has said that his opposition to same-sex marriage is “not about homosexuality or the gay lifestyle, it is about the meaning of marriage”, reports the Irish Times.

Doran, the bishop of Elphin since July and Secretary General of the Eucharistic Congress 2012, made his comments during a talk organized by anti-gay activist group the Iona Institute on “Marriage and the Common Good.” Members of the Iona Institute sued state broadcaster RTE earlier this year after drag performer Panti Bliss accused them of homophobia.

Doran, an unmarried celibate, warned the Irish government that legalizing same-sex marriage would remove “the unique relationship between marriage and procreation.”

Opening what is likely to be an unpleasant debate with a hysterical suggestion that marriage equality will lead to people marrying their pet hamsters, Doran said:

“Since [procreation] is probably the principal reason for the State to have any interest in regulating marriage … why bother regulating it at all? One might even ask, why in that case would the State restrict marriage to two people? What, in the final analysis, is the difference between a ‘sexual friendship’ (in which the State has no interest) and a marriage?”

Ignoring the realities of day-to-day life and insulting same-sex families into the bargain, he added:

“As they mature, children benefit from the love and care of both mother and father, and from their parents’ committed and exclusive love for each other. Unlike friendships, which vary in kind and degree and formality, marriage … has enough objective structure, apart from the spouses’ preferences, to be legally regulated.”

Watch Doran talk about preparations for the 2012 Eucharistic Conference, AFTER THE JUMP…

A referendum on same-sex marriage is expected in Ireland early next year.  Doran’s comments are likely to be seen as an opening salvo in the Catholic church’s opposition.