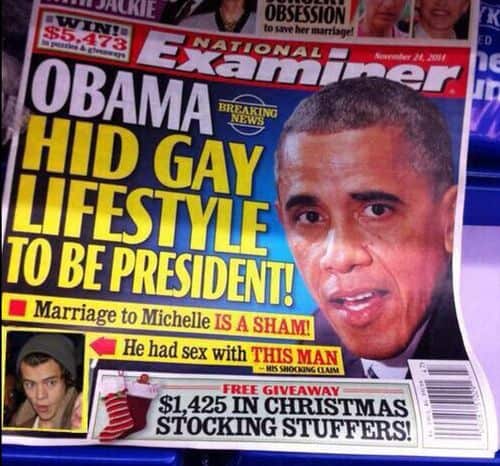 U.S. tabloid and paragon of exceptional journalism National Examiner has an explosive new front page story claiming the commander-in-chief has been getting intimate with One Direction's is-he-or-isn't-he-bisexual member Harry Styles.

And now, with the cat out of the bag, One Direction has been forced to address the damning allegation [via The Gay UK] 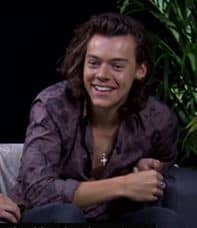 When Harry, 20, was quizzed about the affair at last night's BBC Music Awards he seemed unaware of the rumour replying, "I honestly have no idea what you're talking about" before he then added, after a quick explanation: "I've heard some good ones in my time, but that's interesting."

Liam added: "Wow, it's all getting a bit political!" Louis then joked: "So, does that give you some power in the White House then?" as Harry said: "Yeah, maybe."

Harry, cheeky as always, followed up by saying that he ultimately wouldn't hook up with Obama because "Niall would be a bit jealous."

Check out footage of the band addressing the gay rumor, as well as their speech last night accepting the Billboard Award, AFTER THE JUMP…

Previous Post: « Michele Bachmann’s ‘Ex-Gay’ Client Comes Out As Gay: ‘In the End, My Sexuality is a Beautiful Gift from God’
Next Post: Austin Takes Major Steps Forward On Transgender Rights »