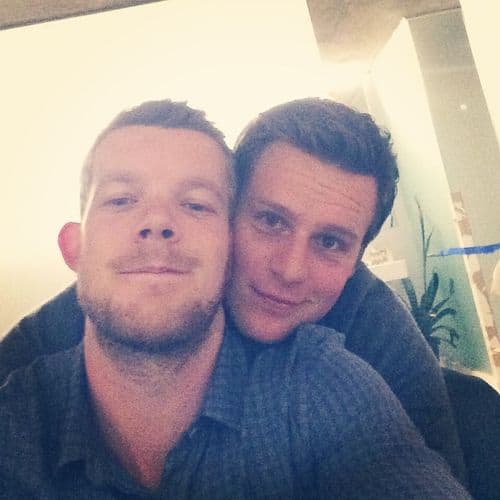 Looking actor Russell Tovey spoke with Chris Azzzopardi at PrideSource, who quizzed him on some of the juicier aspects of the gay-themed HBO series which is set to return next month, specifically the outcome of the Patrick/Kevin/Richie love triangle, and his sex scenes with Jonathan Groff.

Tovey says that because he and Groff are both gay, they've achieved a certain comfort level:

You can do anything; your hands go everywhere, and it's fine. Neither of us at any point feels uncomfortable, and that's why it's so good. We just completely trust each other, and we go for it. Neither of us hold back or feel any pang of responsibility for the other one when it comes to that. We just trust each other on a completely open level. Either of us could go to the other, "Hey, you should put your dick in there."

One of the highlights of that relationship last season for many was the appearance of Tovey's bare ass, which he realizes won't always be the case:

In the future, I imagine myself looking back and going, "God, I had a nice ass. Glad I got that out." If it's there now, I'm getting it out because it's not always gonna look like that. I don't want to hide it. And it's nice that people like it. I've been very lucky. I've grown it myself, and I also have my parents to thank for it being well-received.

Tovey also says that a "rim job" birthday cake he shared on social media may play a part in one of the future episodes: "Ahh, as the season goes on you'll see where that [phrase] comes from."

For more on his coming out, auditions, and his life in San Francisco, head over to PrideSource. 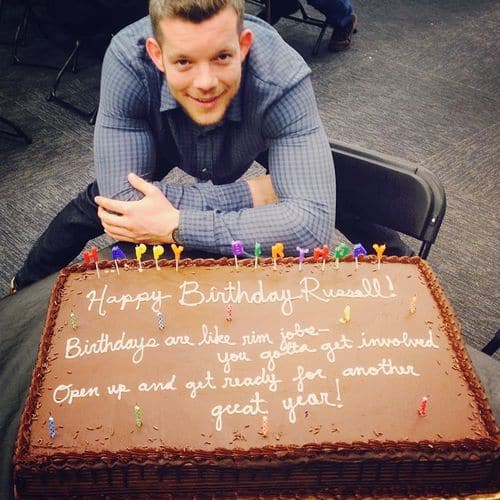