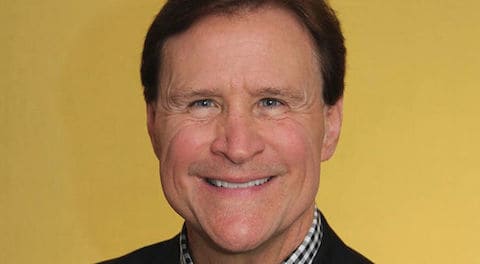 File this one under batshit crazy: “Christian” author Larry Tomczak has warned parents against a television “tsunami” aimed at promoting homosexuality to the American public. 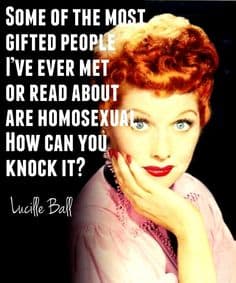 According to Gay Star News, in a column on the Christian Post Tomczak argued that shows like Glee and Modern Family “promote” homosexuality (Ellen DeGeneres and Anderson Cooper are also to blame) and LGBT rights groups “have multimillion-dollar budgets and work aggressively to convince Americans that homosexuality is a beautiful way of life – maybe for your child or grandchild?”

Not mentioned is the multimillion dollar anti-gay industry spearheaded by the likes of Scott Lively and Matt Barber.

However, parents worried that Anderson Cooper might send magic gay waves through the plasma screen needn’t worry because Tomczak has a solution – kids should only be allowed to watch shows from a bygone era before positive depictions of gay people:

“The Fugitive, Gunsmoke, Little House on the Prairie, I Love Lucy and other award-winning shows are all available and cheap. My son has two adopted young boys who are growing up with Wally, Larry Mondello, Eddie Haskell and the Beaver and can't wait till the next episode!”

What are the boys watching when dad’s not around, Larry?

Watch Larry's hilarious dystopian "Is Gay OK? 10 Things Everyone Needs to Know," AFTER THE JUMP…

Previous Post: « New Diversity Initiative From British Channel 4 Tackles Need For LGBT Minority Representation In Television
Next Post: Their Husbands Aren’t ‘Gay,’ So Let’s Stop Acting Like They Are »