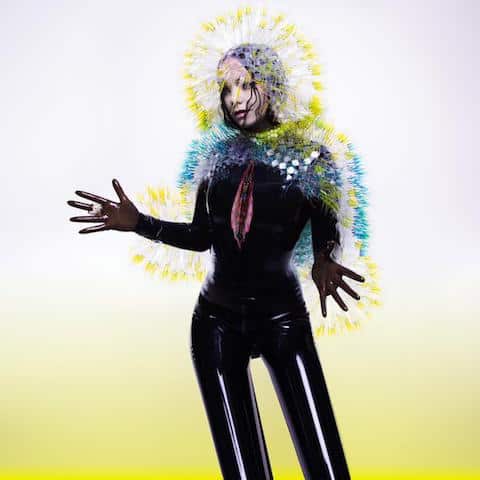 The surprise release comes following reports of a leak over the weekend.

CD and vinyl editions of the album will be available to buy in March, as originally planned.

The Icelandic singer will celebrate Vulnicura with performances at New York City's Carnegie Hall and City Centre in March and at the Governors Ball festival in June.

Explaining the story behind the album on Facebook, Björk explains:

"I guess I found in my lap one year into writing it a complete heartbreak album. Kinda surprised how thoroughly I had documented this in pretty much accurate emotional chronology… like, three songs before a break up [from artist Matthew Barney] and three after.

"So the anthropologist in me sneaked in and I decided to share them as such. First I was worried it would be too self indulgent, but then I felt it might make it even more universal. And hopefully the songs could be a help, a crutch to others and prove how biological this process is: the wound and the healing of the wound. Psychologically and physically. It has a stubborn clock attached to it. There is a way out."

With the glowing reviews coming in thick and fast, The Guardian says that by “switching the focus back to herself after the global concerns of her last two albums, Björk’s created a wounded, raw and, most importantly, human album and one that feels like her most vital since 2001.”

In lieu of public streams from Vulnicura, you can buy the album on iTunes and listen to tracks from auteur Lars Von Trier's 2000 Björk-starring death penalty musical masterpiece Dancer in the Dark, AFTER THE JUMP…