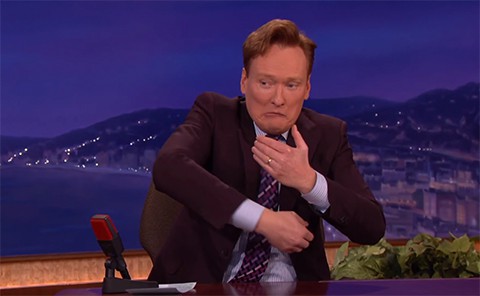 On his late night show, Conan O'Brien got into the politics of girl crushes vs. guy crushes and the semantic differences between guy crushes, man crushes, boy crushes, and bromances. During the discussion, guest Elizabeth Banks suggested that her husband for instance would "do it with Tom Brady": "Like who wouldn't?" O'Brien found himself having to agree: 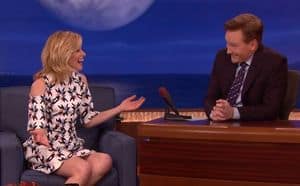 O'BRIEN: You husband would do it with Tom Brady?

BANKS: I don't know, if Tom Brady were into it.

BANKS: I don't know why you wouldn't.

Watch as the pair delve into hypothetical (and heteronormative?) man-on-man love-making, AFTER THE JUMP…

Previous Post: « ‘My Husband’s Not Gay’ Star Explains His ‘Same-Sex Attraction’ – VIDEO
Next Post: Get Ready for the Return of Everyone’s Favorite Crooked Lawyer in ‘Better Call Saul’ – VIDEO »