Actor Freddie Fox, the star of Russell T. Davies' upcoming gay drama Cucumber, was reluctant to define his sexuality in an interview with the Daily Telegraph, saying "I’ve had girlfriends, but I wouldn’t wish to say ’I am this or I am that’, because at some time in my life I might fall in love with a man." 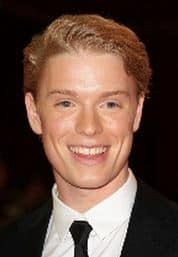 “I hope that I am the type of person who would fall in love with another person, as opposed to a sex. Most of my life to date has been as a straight man, but who knows what will happen next?

“It sounds evasive, but I don’t think you can necessarily say you’re one thing or another until you’re 100 years old and you’ve done it all.”

Fox, 25, who said he has played a host of character on screen for which “sexuality is the watchword”, added there was still a stigma about the concept of bisexuality.

“A lot of people will hear that and think it means, ’Well, he’s gay and just excusing it’, or ’He’s been with his girlfriend for a really long time and just wants to change things’,” he said.

“It’s often seen as an excuse that you’re going through a phase of one thing or another. Whereas in fact I would strongly suggest that’s probably not the case for a lot of people.

“Appreciation of both sexes is actually not new; it’s incredibly old it’s Roman, it’s Greek, and it is something people can do throughout an entire lifetime, having hugely meaningful relationships, no matter what sex they are.”

Cucumber, which premieres on UK's Channel 4 this Thursday, looks at gay life across different generations and stars Vincent Franklin as a 46-year old man going through a relationship break-up and Fox as the young object of his desires.

Check out a new trailer for Cucumber, AFTER THE JUMP…