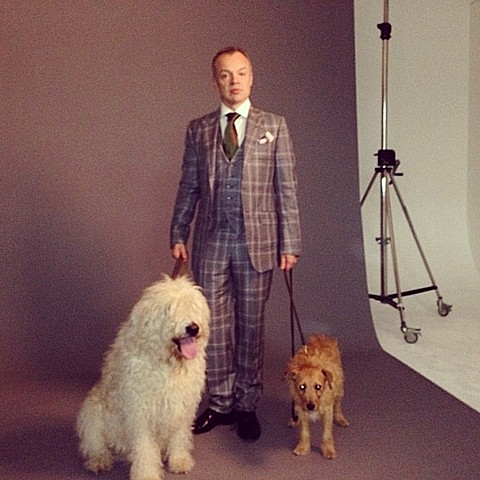 “When I look back at my romantic history, I have to say it’s taken second place to my job. Perhaps I don’t expect my love affairs to last. Or it could just be that I have a low attention span. I have a theory. I think there’s something about having a male partner that makes it more difficult. This will sound sexist but that doesn’t mean it’s any less true. If I were a straight man, my female partner would have a role in the eyes of society. She would be the mother of my children, my hostess, the person on my arm at red carpet events. She would have a defined function. But that’s not the case if your partner is male. Every man – no matter how young or fey – has something of the alpha in him. So all the things they thought they’d enjoy about going out with me become loathsome in the end because they haven't earned it for themselves. Increasingly, that puts a strain on the relationship."

Norton says that his dogs Bailey and Madge are easier to love:

“They’re my heart’s delight. But we tend to love our dogs differently because we know that it’s going to be a temporary love. Barring a bus hitting me, Bailey and Madge are going to go first. In a way, that makes you adore them more or, at any rate, in a different way.”