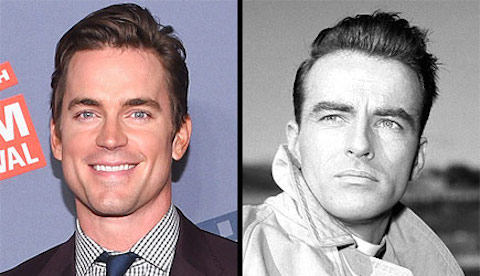 Montgomery Clift was a prolific film actor in the '50s who starred in classic films like The Heiress, Red River, From Here to Eternity and Judgment at Nuremberg, and was a close friend of Elizabeth Taylor before his death from a heart attack in 1965 at the age of 45. He was also a tormented, closeted gay man, a fact that was unknown until a pair of posthumous biographies were released in the '70s.

HBO will be releasing a biopic of the star titled Monty Clift, starring Matt Bomer from The Normal Heart and the upcoming Magic Mike: XXL. The biopic is still in pre-production and is scheduled to air later this year.