LGBT advocates in Illinois today announced plans to launch an initiative intended to facilitate passage of a bill introduced on Friday in the General Assembly which would ban gay "conversion therapy" for minors, Equality Illinois reports: 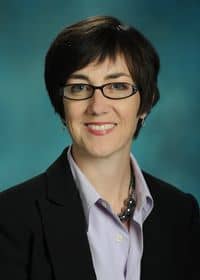 State Rep. Kelly Cassidy (pictured) of Chicago introduced the bill on Friday. House Bill 217, the Conversion Therapy Prohibition Act, would make it illegal for mental health care providers to engage in sexual orientation change efforts with anyone under the age of 18. A Senate version will be introduced soon, sponsored by Sen. Daniel Biss of Evanston.

“Illinois should be at the forefront of banning this failed and discredited non-therapy that attempts to change the unchangeable, our innate sexual orientation and gender identity,” said Bernard Cherkasov, CEO of Equality Illinois, the state’s oldest and largest civil rights organization advocating for LGBT Illinoisans.

“It is tragic,” said Rep. Cassidy, “that LGBT youth suffer at the hands of so-called experts whose therapies have been refuted by every legitimate medical and mental health organization. That is why my bill would label the therapy as ‘unprofessional conduct’ and subject the perpetrator to disciplinary action.”

Bans on so-called "conversion therapy" have been passed in D.C., New Jersey, and California. An effort to pass one in New York state failed last June after GOP leaders blocked the bill from coming to the floor for a vote.