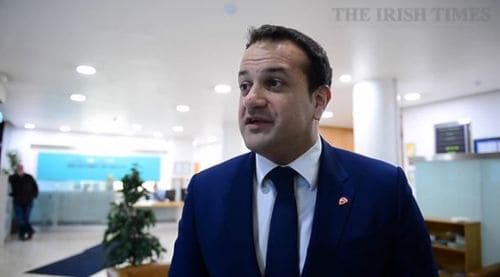 Ireland’s minister for health Leo Varadkar coming out yesterday caused a healthy dose of “so what?” and “can you still fix the health system?” from Twitter users in the country.

Twitter in shock as @campaignforleo reveals he is 36. http://t.co/lvlEaGdeUE pic.twitter.com/52XQB0lP5P

From todays Irish Independent, leo Varadkar, sure whoever heard of a straight Politician #leovaradkar pic.twitter.com/ggYJjmpHk6

However, Senator Fidelma Healy-Eames raised some eyebrows with her of use of the hashtag #sexualorientation in her tweet of support to Leo. Soon afterwards the hastag was trending in Ireland as locals reacted in humor to the awkward phrase.

#Leo Varadkar has shown a lot of courage to come out. I wish him luck. #sexualorientation

An afternoon stroll in the beautiful Iveagh Gardens #sexualorientation pic.twitter.com/BBiy0F7iT6

is it lunchtime yet? cheese or ham sandwiches today? #sexualorientation

It's cold this morning. Might warm up later. #sexualorientation