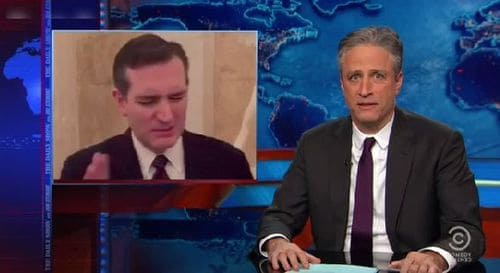 With the State of the Union address behind us, Jon Stewart took an exasperated look last night at the many nominees for this year's Implody Award for "outstanding achievement in unforced response speech errors."

Stewart, before awarding this year's Implody to Cruz, offered up some sage advice to the Texas firebrand: