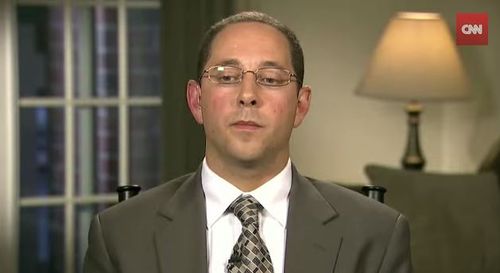 Andrew Shirvell, the ousted Michigan assistant attorney general, has been denied access to unemployment benefits following a ruling by the Michigan appeals court. In 2010 the Michigan attorney general’s office fired Shirvell for waging a homophobic personal campaign against Chris Armstrong, a gay college student at the University of Michigan. In addition to demonstrating on campus, Shirvell ran a blog, the Chris Armstrong Watch, where he accused Armstrong of being a Nazi as well as a recruiter for 'the cult that is homosexuality.’

Shirvell claimed that because his harassment of Armstrong took place outside of the office, his actions were protected by the First Amendment. In a 3-0 decision, however, judges Stephen Borrello, Christopher Murray and Peter O'Connell found that the attorney general’s office was justified in its decision citing that Shirvell’s actions had a markedly adverse impact on the office’s credibility.

"The department, as the chief law enforcement agency in the state, represents all of the citizens of Michigan irrespective of race, gender, sexual orientation, religion or creed,” the court said in its ruling. “Shirvell's conduct reasonably could have created the impression that neither he nor the department enforced the law in a fair, even-handed manner without bias.”

Shirvell has expressed his intentions of appealing the court’s decision.