Following a phone call with supporters Friday, perennial candidate Mitt Romney announced he would not pursue a third bid for the White House in 2016. 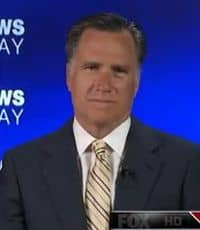 “After putting considerable thought into making another run for president, I’ve decided it is best to give other leaders in the Party the opportunity to become our next nominee.”

“I believe that one of our next generation of Republican leaders, one who may not be as well known as I am today, one who has not yet taken their message across the country, one who is just getting started, may well emerge as being better able to defeat the Democrat nominee. In fact, I expect and hope that to be the case.”

The 2012 Republican presidential nominee had been publicly weighing another run at the White House for three weeks now after telling a group of former campaign donors in New York on Jan. 9 that he still wanted to be president.

Romney’s 2016 dalliance invited an onslaught of criticism from some Republican leaders and conservative commentators, but in recent conversations with intimates Romney has sounded eager still to step back into the political ring.

The New York Times notes that by not pursuing a third bid, Romney "frees up scores of donors and operatives who had been awaiting his decision, and creates space for other potential center-right candidates such as Jeb Bush.”